Nicki Minaj’s Just Released Album’The Pinkprint’ is No 1 on iTunes in 30 Minutes!

In just about 30minutes after release of the album ‘The Pinkprint’, Nicki Minaj has confirmed on her Instagram page that she is No 1 on iTunes. she shared the picture. She also shared another post showing countries in which her album is #1.

The Pinkprint is the third studio album by American rapper Nicki Minaj, scheduled for release on December 15, 2014, today by
Young Money, Cash Money and Republic Records. Looking to depart from the dance-pop elements from her second studio album Pink Friday: Roman Reloaded (2012), Minaj wanted to make a follow-up record influenced by her traditional hip hop beginnings. She collaborated with a variety of producers to achieve her desired sound.

Posted by mahustlerszone on December 15, 2014 in Music 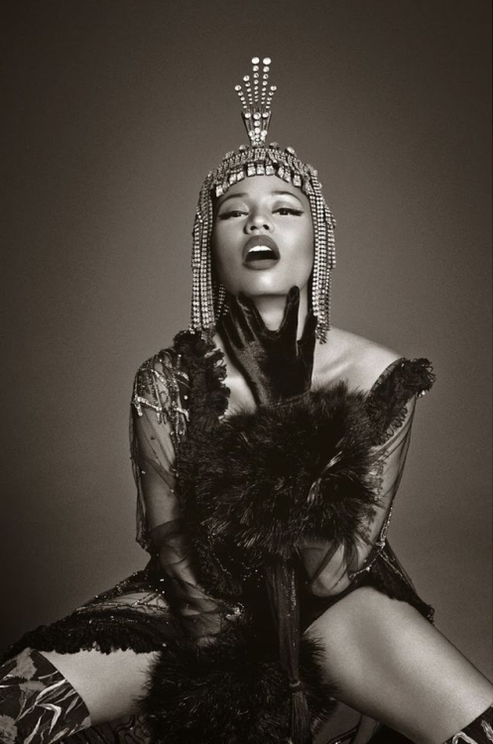 Posted by mahustlerszone on December 6, 2014 in Celebrity

Eminem was last week facing a backlash from fans after lyrics suggesting he wants to rape Aussie star Iggy Azalea were  included in his latest track.

The 42-year-old rants about ordering women to perform a sex act on him while he is on the toilet.

The multiple Grammy winner also appears to namecheck another of his young female rap rivals, Nicki Minaj. He talks about dragging his victims beside a moving car, saying: ‘If I let you run alongside the Humvee. Nicki, grab you by the wrist, let’s ski. So what’s it gon’ be? Put that s*** away Iggy. You don’t wanna blow that rape whistle on me. Scream! I love it.’

Followers of the rap superstar condemned him after the lyrics featured in a one-minute clip of new song Vegas, released on iTunes.

‘@Eminem I had respect for you but now that’s gone. You don’t talk about women like that so disrespectful,’ one fan tweeted.

Another posted: ‘Eminem is a complete weirdo. How could he threaten to rape Iggy Azalea and drag her by his car. Is he mentally alright?’

Iggy has since responded to the lyrics on Twitter, saying she is bored of ‘old men threatening young women as entertainment’.

im bored of the old men threatening young women as entertainment trend and much more interested in the young women getting $ trend. zzzz

its especially akward because my 14 year old brother is the biggest eminem fan and now the artist he admired says he wants to rape me. nice! — IGGY AZALEA (@IGGYAZALEA) November 20, 2014

women in music have the bigger balls anyhow we endure much more harassment and critic. good morninnggggg!!!!!! off to camera block for AMAs!

Posted by mahustlerszone on November 24, 2014 in Celebrity, Entertainment