Willow Smith has joined officially the “Free the Nipple” campaign on Instagram, by posting a picture showing her nipples.

Actually she is wearing a vintage Jean Paul Gaultier T-shirt in the shot, but the top depicts a woman’s nude body, revealing nipples and all.

Folks, what do you think? She too young [14 YO] for this ish right?

Posted by mahustlerszone on January 24, 2015 in Celebrity

The Two New York Police Officers May Have Been Assassinated Over Chokehold Death of Eric Garner!!

NEW YORK (Reuters) – A gunman ambushed and fatally shot two New York police officers on Saturday and then killed himself, police said, and a social media post indicated it may have been in revenge for the police chokehold death of an unarmed black man.

The officers were killed without warning as they sat in their squad car in the Bedford-Stuyvesant section of Brooklyn, Police Commissioner William Bratton told a news conference, flanked by New York City Mayor Bill de Blasio.

“Although we’re still learning the details, it’s clear that this was an assassination, that these officers were shot execution style,” said de Blasio.

New York police have come under intense pressure in recent weeks, with protests erupting after a grand jury declined this month to charge a white police officer involved in the chokehold death of Eric Garner during an arrest attempt in July in the borough of Staten Island.

Bratton named the gunman as Ismaaiyl Brinsley, 28, and said he took a shooter’s stance on the passenger side of the squad car, opening fire with a silver semi-automatic handgun. He then fled into a nearby subway station and died there from a self-inflicted gunshot wound to the head, Bratton said.

Media reported a possible link between Brinsley, who was black, and anger over the death of Garner, based on a social media posting.

A post on Saturday on the site Instagram that appeared to be by Brinsley showed a silver pistol and said, “I’m Putting Wings On Pigs Today. They Take 1 Of Ours … Let’s Take 2 of Theirs.”

The post included hashtags for Eric Garner and for Michael Brown, an unarmed black teenager who was killed in August by a white police officer in Ferguson, Missouri. A grand jury last month also declined to indict the officer in that case.

The two police-related deaths have sparked weeks of protests in Ferguson, New York and other cities, throwing a spotlight on police treatment of minorities.

Bratton was asked whether there was a link between Brinsley and the protests, and said this was under investigation.

“There has been … a very strong anti-police, anti-criminal justice system, anti-societal set of initiatives under way and one of the unfortunate aspects sometimes is some people get caught up in these and go in directions they should not,” he said.

Bratton added police would investigate whether Brinsley had been part of protests in New York and in Atlanta, his last place of residence, over the Brown and Garner killings.

Brinsley had shot and seriously wounded his ex-girlfriend in Baltimore County, Maryland, early on Saturday before traveling to Brooklyn, where he had connections, the police commissioner said.

Bratton said there was no indication that the killings were linked to terrorism.

An administration official said President Barack Obama had been briefed on the shootings and was monitoring the situation. In a statement, Attorney General Eric Holder called the killings “barbarism.”

Police set up a perimeter for several blocks around the street corner where the shooting occurred. Only residents were allowed to cross the police line and the subway line where the gunman shot himself was shut down.

Mike Isaac, a local resident, told CNN that Saturday’s shooting in Brooklyn took place in a largely African-American neighborhood that had been tense since the protests over Garner’s death.

“The mood is pretty freaked out,” he said.

The protests around the country over police treatment of minorities, which began with Brown’s death, have continued sporadically.

On Saturday demonstrators shut down part of the Mall of America in Minnesota on Saturday, one of the largest shopping centers in the United States, a community group said.

Posted by mahustlerszone on December 21, 2014 in Global News

Nicki Minaj’s Just Released Album’The Pinkprint’ is No 1 on iTunes in 30 Minutes! 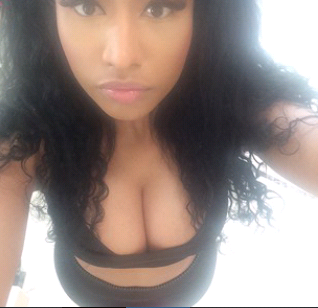 In just about 30minutes after release of the album ‘The Pinkprint’, Nicki Minaj has confirmed on her Instagram page that she is No 1 on iTunes. she shared the picture. She also shared another post showing countries in which her album is #1.

The Pinkprint is the third studio album by American rapper Nicki Minaj, scheduled for release on December 15, 2014, today by
Young Money, Cash Money and Republic Records. Looking to depart from the dance-pop elements from her second studio album Pink Friday: Roman Reloaded (2012), Minaj wanted to make a follow-up record influenced by her traditional hip hop beginnings. She collaborated with a variety of producers to achieve her desired sound.

Posted by mahustlerszone on December 15, 2014 in Music