How to Murder Children: Bible Style

Posted by mahustlerszone on January 13, 2015 in Crime

An essay donated by Anthony Ashford:

While so many Christians in the world believe that gays and lesbians CANNOT go to Heaven, simply because of the interpretations of about 20 verses out of the nearly 31,000 verses in the Christian Bible, I’d like to argue that this anti-gay perception actually goes AGAINST what the Bible and what Christ really say about people who love people of the opposite sex.

I will present six compelling Biblical arguments, using theology, socio-cultural understandings of specific Biblical settings, and good old common sense & logic to prove that the Bible should be used as an ally for same gender-loving relationships.

While I’m not trying to sound like a Biblical scholar or know-it-all, it irks me how blind so many Christians are to the historical context of the stories, which are typically used to condemn gay people and the fact of being gay.

Below are the some facts about the Biblical time periods, in which the “Clobber Passages,” the texts typically used to say “The Bible clearly states that being gay is a sin,” take place. Take note, as you might learn something new about Biblical ambiguities in the Scripture.

Posted by mahustlerszone on August 10, 2014 in Christian Spirituality, Christianity, Religion

12 Headlines That Will Make the Bible Go Viral 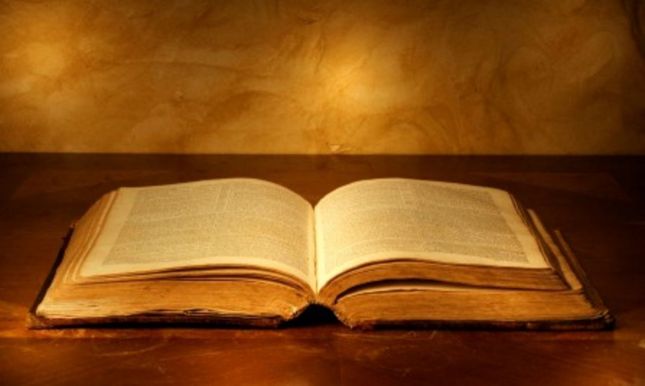 Have you seen those photo galleries or human interest news stories on Facebook with headlines meant specifically to tempt you to click?

Have you clicked on any of them?

If the answer to either of those questions is “no,” you’re either lying or living in a severe state of denial. As annoying as these headlines can be, I’ve decided that Bible Gateway should capitalize on this trend to update Bible stories to get people to read them.

Here are a few that I think will work well for the viral generation:

These College Students Discovered One Simple Rule For Staying Healthy, Smart, and Handsome

Best Use of Public Nakedness I’ve Ever Seen!

Foreign Spies Escape Country…and a Bloodbath. You’ll Never Guess What They Left Behind!

One Normal Mom Discovers Her Son is A Zombie

The Most Embarrassing Murder of All Time! (We could hardly watch.)

Scandal! One Politician Turns a Victory Rally Into a Strip Dance(Wait till you hear what his wife had to say!)

Think Church is Boring? Talk to This Guy.

Avoid Snake Poisoning With This One Weird Trick.

You’ll Never Guess How This Father Reacted To His Long-Lost Son! (Verse 20 moved me to tears.)

Beauty Pageant Hottie Finally Speaks Her Mind: Find Out What She *Really* Thinks

One Insane Plan To Save the World You Never Saw Coming!

For more viral-headline entertainment, check out this comic and this video, which inspired this post.

Posted by mahustlerszone on July 17, 2014 in Christian Spirituality, Christianity, Religion