How can I explain to My Protestant Friends why Catholics go to Confession? 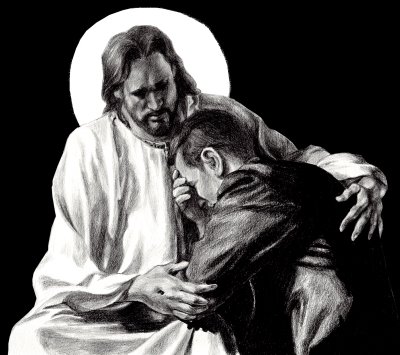 How can I explain to Protestant friends why Catholics go to confession? They ask, “Can’t God forgive your sins directly?”

Fr. Eamon Tobin has written in The Sacrament of Penance:

The primary reason, however, why the Catholic Church asks her members to confess their sins to a priest is simply because the Church has always believed that sin, however private, is a community affair. Every sin, however small, wounds the Body of Christ, the members of the Church. . . . When any of its members sin, they all suffer. Moreover, because my sins wound the community and diminish its effectiveness, reconciliation must include the community and not just God. In the confessional, the priest is the representative of God andof the community. In the confessional, the priest represents the whole Christ, the Head (Jesus) and the members (the Church). [Emphases added]

Strictly speaking, there is no such thing as a “private” sin—not in the sense of a sin that affects nobody but myself. There are secret sins, but there are none which are matters affecting “only myself and God.” Likewise, our penitence benefits the whole Church, so we celebrate reconciliation communally.

Posted by mahustlerszone on January 9, 2015 in Christian Spirituality, Christianity, Religion 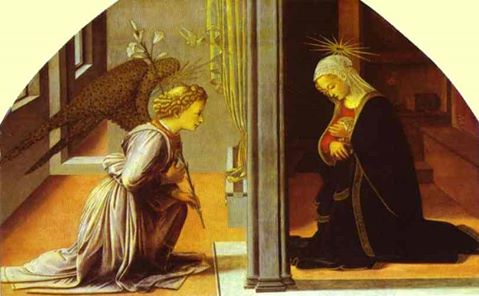 In the name of the Father + and of the Son, and of the Holy Spirit. Amen.

The Angel of the Lord declared unto Mary;
And she conceived by the Holy Spirit.
Hail Mary, full of grace: The Lord is with thee. Blessed art thou among women and blessed is the fruit of thy womb, Jesus.
Holy Mary, Mother of God, Pray for us sinners now and at the hour of our death. Amen.

Behold, the handmaid of the Lord;
Be it done to me according to your word.
Hail Mary….

And the Word was made flesh (kneel)
And dwelt among us.
Hail Mary….

Pray for us, O Holy Mother of God,
That we may be made worthy of the promises of Christ.

LET US PRAY
Pour forth, we beseech You, O Lord, Your grace unto our hearts, that we, to whom the Incarnation of Christ, Your Son, was made known by the message of an Angel, may by His Passion and Cross + be brought to the glory of His Resurrection, through the same Christ, our Lord, Amen.

Posted by mahustlerszone on January 7, 2015 in Christian Spirituality, Christianity

Pope Francis: “Truly there are so many tears this Christmas” 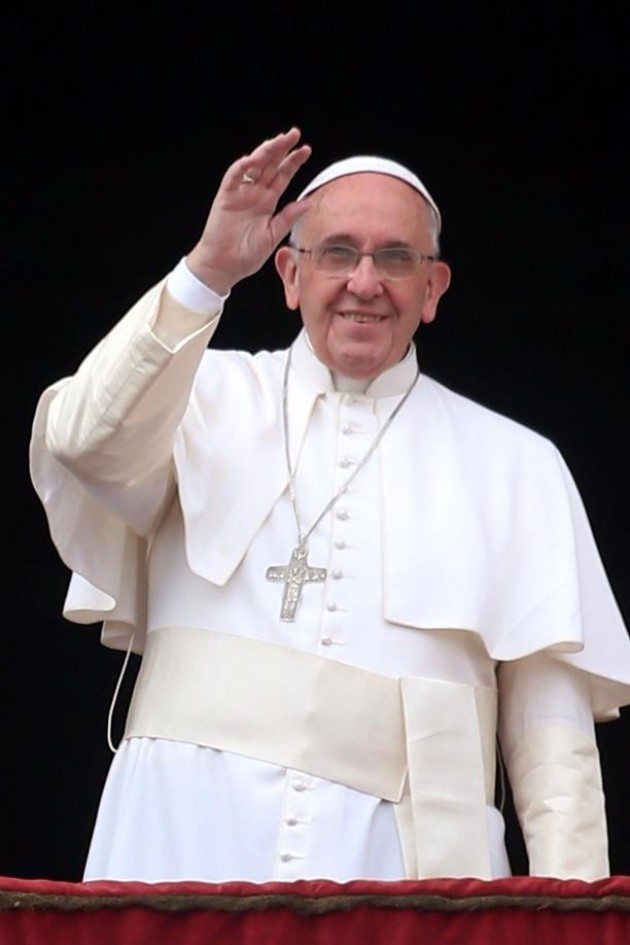 Pope Francis waves to the faithful as he delivers his Christmas Day message from the central balcony of St Peter’s Basilica on December 25 2014 in Vatican City. Picture: Franco Origlia/Getty Images

Christmas should bring a message of salvation to a world marred by conflict and suffering, Pope Francis said today.

Francis was imparting his traditional blessings and the Urbi et Orbi (to the city and to the world) message.

The 78-year-old pontiff spoke at noon from the central balcony of the Vatican Basilica, in front of large crowds of faithful in St Peter’s Square and millions of TV watchers around the world.

“May the Holy Spirit today enlighten our hearts, that we may recognize in the Infant Jesus, born in Bethlehem of the Virgin Mary, the salvation given by God to each one of us, to each man and woman and to all the peoples of the earth,” he said.

“May the power of Christ, which brings freedom and service, be felt in so many hearts afflicted by war, persecution and slavery (and) take away the hardness of heart of so many men and women immersed in worldliness and indifference,” he added.

The pope deplored child abuse, the practice of abortion and the Ebola crisis as well as the conflicts in Iraq, Syria, Israel and the Palestinian territories, Ukraine, Libya, South Sudan, the Central African Republic, the Democratic Republic of the Congo, and Pakistan.

“Truly there are so many tears this Christmas, together with the tears of the Infant Jesus,” Francis lamented.

The pope reserved his toughest words to defend the victims of Islamic State fighters who have killed or displaced Shi’ite Muslims, Christians and others in Syria and Iraq who do not share the group’s ideologies.

“I ask him, the Saviour of the world, to look upon our brothers and sisters in Iraq and Syria, who for too long now have suffered the effects of ongoing conflict, and who, together with those belonging to other ethnic and religious groups, are suffering a brutal persecution,” he said.

“May Christmas bring them hope, as indeed also to the many displaced persons, exiles and refugees, children, adults and elderly, from this region and from the whole world,” he said.

“May indifference be changed into closeness and rejection into hospitality, so that all who now are suffering may receive the necessary humanitarian help to overcome the rigours of winter, return to their countries and live with dignity,” he said, speaking in Italian.

On Christmas eve, Francis made a surprise telephone call to comfort Christian refugees in a camp in Ankawa, Iraq. “You are like Jesus on Christmas night. There was no room for him either …” he told them.

Before delivering his Christmas Day message, the pontiff posted on Twitter. “With Jesus there is true joy,” he wrote.

On Christmas Eve, the pope celebrated a 90-minute mass in St Peter’s Basilica, one of the grandest ceremonies in Catholic liturgy. He said “tenderness” was needed to heal the world.

The pope has a busy year ahead of him, with trips planned to Asia, Africa, Latin American and the United States.

Another key project for 2015 is the reform of the Curia, the Vatican’s central administration. In Christmas greetings on Monday to the Vatican’s top administrators, Pope Francis delivered a stinging critique of Vatican bureaucracy.

Posted by mahustlerszone on December 25, 2014 in Christian Spirituality, Christianity, Religion