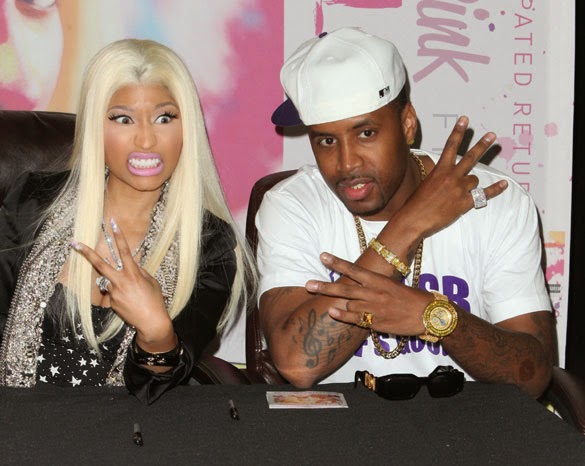 Nicki Minaj ex boyfriend Samuels Safaree set to commit suicide over breakup. Nicki and Samuels have dated for 15 years, before she got the fame.

Minaj opened up on their relationship and how hard it is to live without him in a recent interview. She said;

“My relationship was based off of love, and there still is nothing but love there, “This is not some person I picked up off the street. This is somebody I grew up with.Like, I don’t even know how I’m gonna function without that person in my life. I’ve never lived my life as a famous person without him.”I don’t think people realize it’s not just a relationship or breakup. That was a humongous part of my life,”It is something that I am dealing with publicly and it’s not easy. I’m also not gonna joke about it or try to disrespect him and try to act like he didn’t mean the world to me and still doesn’t mean the world to me. I’m just figuring it out.”

TMZ revealed that Safaree is confiding in friends that he will one day commit suicide because he’s emotionally wreck over his breakup with the “Young Money” queen.

Safaree told his friends that he won’t get in touch with Nicki because she’s now seeing Meek Mill. He said it’s a nightmare for him, because he believes Meek Mill destroyed his relationship by spreading false rumors that he’s a cheat.

Friends of Safaree said they are scared because these are more than idle threats. Safaree is always indoor smoking weed, drinking alcohol and having suicidal thoughts.

Safaree’s friends said they’ve urged him to see a shrink. But the problem is that he’s seeing someone he says has been giving him meds that make him even more emotional.

Posted by mahustlerszone on December 21, 2014 in Celebrity