Who Really Controls the World?

Since I entered politics, I have chiefly had men’s views confided to me privately. Some of the biggest men in the United States, in the field of commerce and manufacture, are afraid of something. They know that there is a power somewhere so organised, so subtle, so watchful, so interlocked, so complete, so pervasive, that they better not speak above their breath when they speak in condemnation of it.
– Woodrow Wilson, 28th President of the United States (1856-1924) 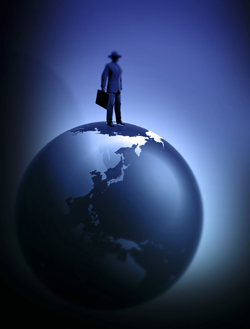 The advent of the industrial revolution, the invention of a banking system based on usury, and scientific and technological advancements during the past three centuries have had three major consequences. These have made the incredible concentration of wealth in a few hands possible, have led to the construction of increasingly deadly weapons culminating in weapons of mass destruction, and…

Posted by mahustlerszone on February 27, 2014 in General News

← Money Power World Rule
Financial Terrorism in America: Over 1 Million Deaths Annually, 62 Million People With Zero Net Worth, As the Economic Elite Make Off With $46 Trillion →