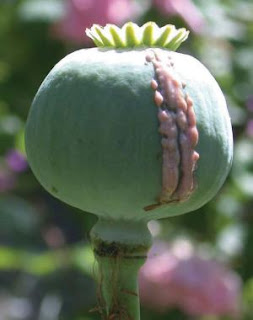 In Afghanistan, U.S./NATO have put the blame on Taliban for poppy cultivation to finance their resistance to allied forces. Ironically, it was only in Taliban era when the world had seen a sharp decline in opium crop in Afghanistan. The Afghan Taliban had banned opium cultivation nationwide, probably for the first time in Afghan history. A more important question is how and when this business of drug production and trafficking started in region? CIA has been using drug money since long to generate money to support its operations all over the world. It did not start in Afghanistan it was brought here after experimenting somewhere else. This is something which is not a lead story in international media for obvious reasons despite the fact it is harming millions of lives around the globe.

Posted by mahustlerszone on February 19, 2014 in General News